Mahatma Gandhi stated that “it is health that is real wealth, not pieces of gold or silver “. It is also said that “cleanliness is second to godliness”. Maintaining good sanitary and health status is very imperative in our day’s life. Modern toilets, bathroom and fixtures are improvement of ancient systems.

In ancient times, bathrooms, toilets and hygiene were observed. Ancient Egyptians had bathrooms and toilets manufactured from limestone or wooden stools with a hole.

In Indus valley and Minoan civilization (2600BC), also built a network of sewers to dispose waste water.Romans were perhaps the most advanced in terms of bathroom and toilets. They wealth had own toilets while there were public bathrooms that lacked any privacy. During the medieval times, pits were sunk to the ground and wood seats mounted on them. In addition, people living near rivers and seas build passages to take away the wastes.

In 1596, Sir John Harrington invented the flushing toilet. This had a cistern but people never bought the idea and continued using pots. The idea was not used until 17thcentury when Alexander Cummingpatented the flushing toilet. They were not utilized until the 18th century when ceramic and porcelain manufactures started to produce bedpans. These were beautifully decorated and had many flushing techniques. The toilet bowls were boxed but this was improved in 1884 to pedestal bowl for storing the water. 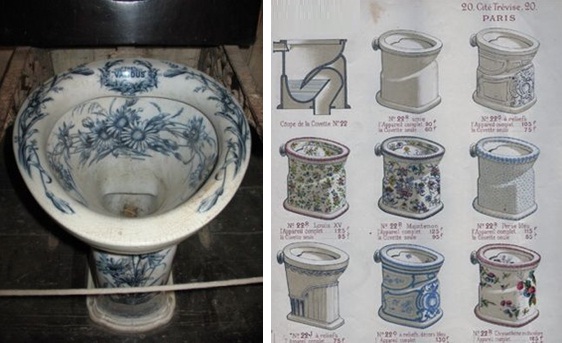 Despite their development in 18th century, most toilets were not installed at homes since they were expensive and complex.

In the 19th century, rapid development of the toilet resulted to the current ceramic toilets and bathrooms. Due to industrialization and urbanization, large cities emerged and this required good sewage systems. Strict laws demanded that each home has a bathroom and toilet.The supply of fresh water for the upper class and the construction of sewage lines to drain dirty water further encouraged the use of bathrooms and toilets.

Industrialization resulted to mass production of bathrooms and toilets which pushed the prices down as competition increased. These were later availed to middle class citizens in USA, Europe and UK.

Taking showers was more of a masculine activity and was considered therapeutic after a hard day’s work. At the beginning of twentieth century, bathrooms had cold and hot water from boilers but later on, showers were installed.

Early sinks had containers for holding water which was used to wash hands. Later, these were improved to wooden cabinets followed by steel and finally ceramic type with a pedestal wash basin. As early as 19th century, attractive fixtures that were nickel coated. These have been improved to modern attractive taps. 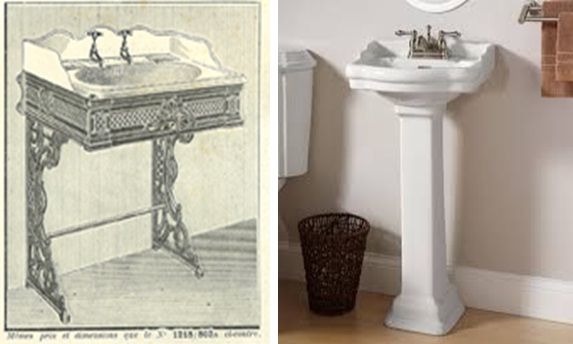 Developments of Sanitary-ware to Achieve Comfort and Convenience

Luxury dwelling rooms were not only equipment with separate bathing and toilet rooms but they also had tiled floors and walls. Some of the luxury rooms were equipped with bidet, showers and bathtub made from copper or zinc. As demand increased, enameled tubs replaced zinc and copper as they were attractive, easy to clean and long lasting. Thus, most modern toilets and bathrooms designs were borrowed from ancient ones. 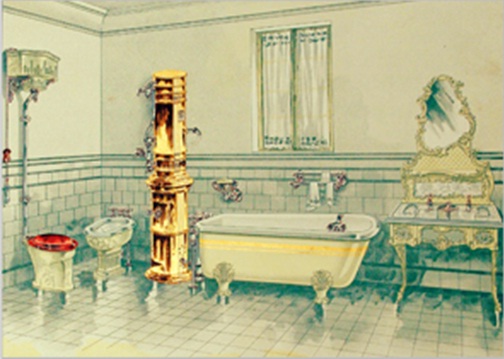 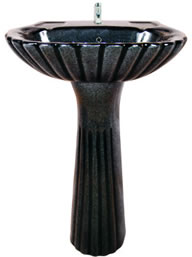 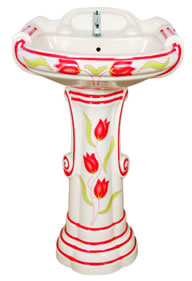 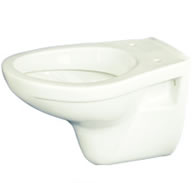 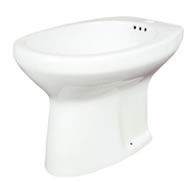 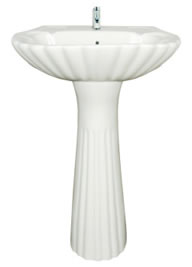 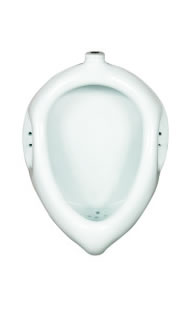 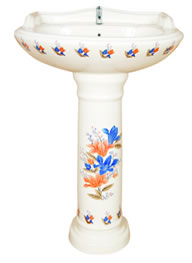